If you haven’t heard of Line of Duty, you must have just come up the Lagan in a bubble. The drama about a police anti-corruption unit has become the BBC’s most watched drama of the 21st century. Until recently I knew very little about it other than the fact that it was filmed in Belfast, so I decided to watch the entire thing on iPlayer to see what the fuss was about. It very quickly became my new special interest. Line of Duty is a very good TV drama with complex characters, intricate plotting and a fantastic soundtrack. 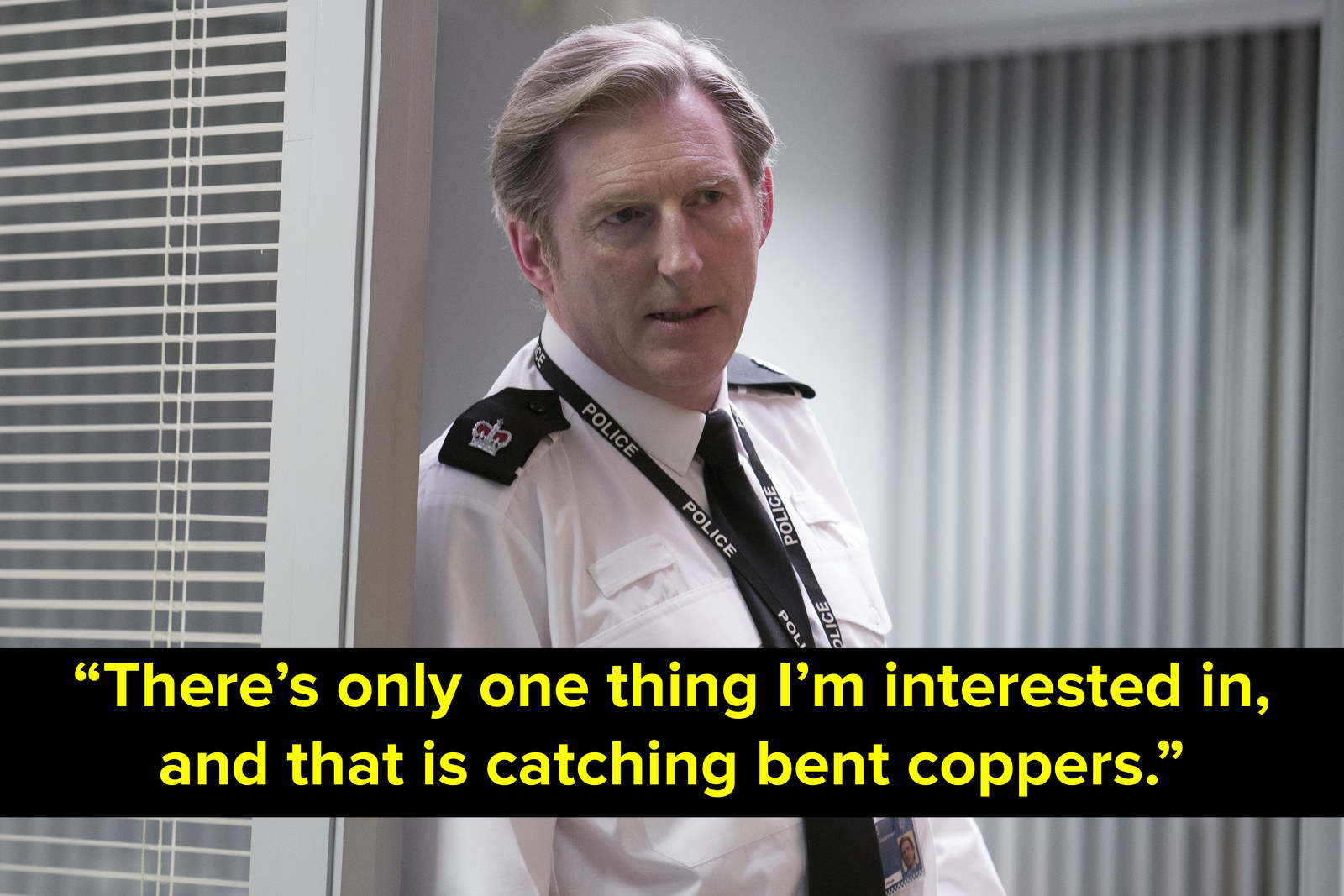 And then there was the series 6 ending. That ending. The ending that caused #disappointing and #underwhelming to trend on Twitter. Now that it’s been a week since series 6 concluded, I thought I’d share my thoughts on the episode and why it fell flat. I am not disappointed because I didn’t understand the ending – in fact, the reveal that there was no Big Bad out there and corruption is here to stay was quite good. My disappointment is with how it was executed.

In previous series, Mercurio has been very good at subtly weaving in real-world references and lessons into the story without ruining the suspension of disbelief that good TV requires. In series 6 there was a jarring shift in tone from being a police drama with lots of dramatic licence to a more realistic social commentary. Yes, the ending was realistic, but Line of Duty has never been about realism – urgent exit required, anyone? This is the series that has given us scenes of Kate charging down Tate’s Avenue with a machine gun. Not realistic in the slightest, but brilliant TV. If it was realistic, Central Police would have been put into special measures years ago and had the army called in, given how many of their officers are gunned down by the OCG on a near daily basis. Line of Duty is to policing what Casualty is to medicine and what Waterloo Road is to education – a highly dramatised version of a real-life career.

It reminded me of another hit BBC TV series that ended badly: Sherlock. Sherlock started off as a great detective show, but then had an identity crisis and tried to be James Bond towards the end. It wasn’t that the ending was bad per se, but it was out of kilter with the rest of the show. The same happened with Line of Duty. I don’t have a problem with Mercurio using his show to criticise the political establishment, but I do have a problem that he did so at the expense of plot and character development, the two things that made Line if Duty great.

On the matter of character development, the episode wasted too much time dragging up past characters like Fairbank who added nothing to the story, instead of focussing on the characters that the audience know and love. Steve’s burgeoning painkiller addiction didn’t come to anything after two series of build-up. The only consequence was that he lost his firearm, but all is fine, he just tasers a machine-gun wielding OCG member instead.  New girl Chloe’s characterisation was also done badly. It felt like she was just shoved in to make up for Kate not being in AC-12. Even Georgia Trottman got better character development, and she was chucked out a window after two episodes.

Chloe did all her work off screen and only appeared to report her findings – the joy of previous series was seeing the mundanities of police work happen on screen. Show, don’t tell, is the first rule of creative writing. In a Deus ex Machina fashion, the greatest mystery of Line of Duty was solved by doing a quick spell check that could have been done three series ago – none of the intricate police procedures and interviews that we had in previous series.

All being said, I mustn’t be too pessimistic. There was plenty I liked about series 6, and Line of Duty remains one of the best BBC dramas of all time. A damp squib of an ending doesn’t mean the entire saga is a write-off. I adore the main cast, and Adrian Dunbar has single-handedly made Northern Irish slang popular on a national level. I highly recommend the first three series, prior to the ‘H’ storyline being introduced. The early series are storytelling at its finest, before the show became a victim of its own hype and the ‘H’ storyline was drawn out for several series too many (the morse code retcon was just silly). 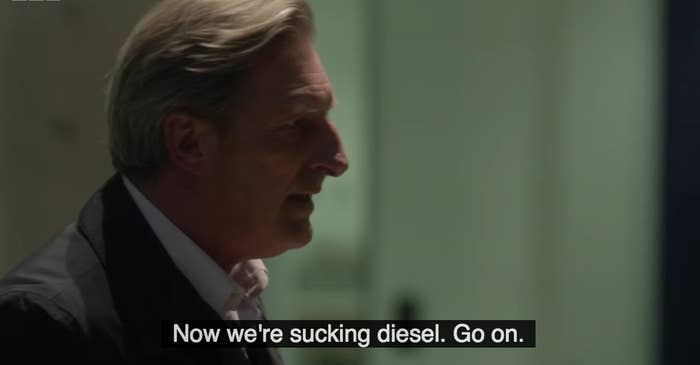 I will finish this review/rant with some theological reflection. Line of Duty is spot-on with its understanding of human nature; any organisation made up of people will have elements of corruption. Even seemingly virtuous organisations like Oxfam have been embroiled in scandal. James 3:16 is a timeless truth: “For where jealousy and selfish ambition exist, there will be disorder and every vile practice.”

Line of Duty also demonstrates how sins of commission and omission are equally dangerous. Sins of commission are obviously evil: characters in the show have been involved in prostitution, paedophilia, drug smuggling and miscarriage of justice. However, the biggest reveal of the finale was that these blatant acts of evil are only possible if more subtle forms of evil exist – those who are willing to turn a blind eye for their own self-preservation. As Bonhoeffer (supposedly) wrote, “Silence in the face of evil is itself evil. God will not hold us guiltless. Not to speak is to speak. Not to act is to act.”

So what can be done? The solution is both systemic and personal. Systemically, there is currently a much-needed emphasis on accountability and safeguarding in institutions such as churches, schools and public services. These systems are still far from perfect, but the more openness and transparency there is, the better things will be. My current master’s research considers such themes in a church context and some of the literature makes for tough reading. It’s immensely disheartening to read about abuses and coverups that have happened in the very institutions that are supposed to uphold God’s standards, but it is equally encouraging to read that the problem has been acknowledged and that solutions are being found.

The antidote to corruption also requires individuals to change their behaviour. After all, institutions are a collection of individuals. We have a choice: do we want to be like DSU Buckells, turning a blind eye to sin and corruption, or do we want to be like Supt. Hastings, who is willing to stand for truth and justice even at the expense of his career and reputation? Integrity does not mean being sinless; Hastings has plenty of sins of his own, but at least he admits to them and attempts to do better.

To quote Rev Jules Middleton, “Most of us won’t be drawn into criminal gangs or murder, but we’ve all faced temptations. Have we been those who have stood by and done nothing when we’ve witnessed wrongdoing? Evil is all of those things that thrive in an absence of God’s presence.”

In summation, the overall message of Line of Duty is spot-on – corruption is often banal, driven by greed, laziness and incompetence – but the execution left much to be desired. Everyone should watch the Gogglebox reaction to the ending. They really do speak for the nation. 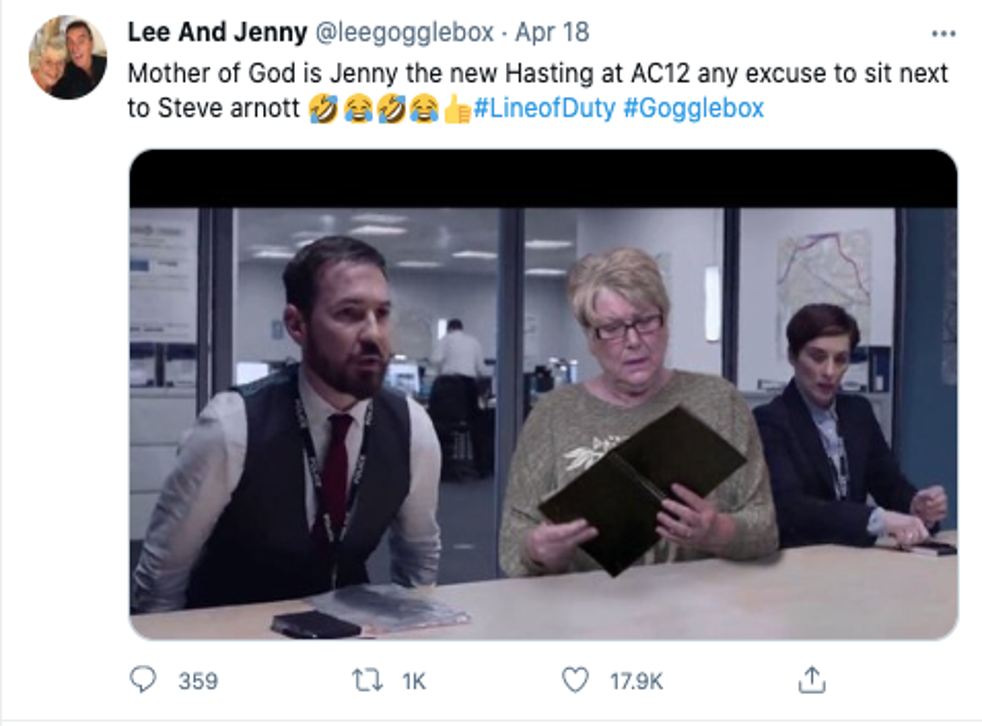 One thought on “Line of Duty Finale: Reflections”