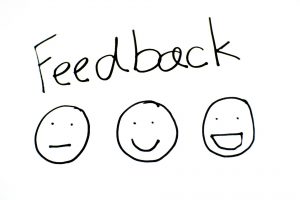 Anyone who has known me for five minutes knows that I write a lot about the intersection between autism and religion. Naturally, the more you write on a topic, the more critical feedback you receive. Such feedback is necessary in order to develop. I thought I’d write a quick blog to address some things.

The bold text is some of the anonymous feedback I’ve received, and the rest is my response.

“Autistic people having Pathological Demand Avoidance is a discredited stereotype”

Pathological demand avoidance is when the demands of everyday life create excessive anxiety (see more on the National Autistic Society website). I personally fit this profile, and have written about it in a church context; for instance, I find being told “you must pray” and “you must read the Bible” unnecessarily stressful. I respond much better to suggestions rather than commands. That’s probably why I’m doing an independent research master’s degree!

However, the person who gave me this criticism rightfully pointed out that PDA is much rarer than I make out; I am guilty of generalising my personal experience. Here is a study examining the prevalence of PDA along with autism, and it does indeed seem to be quite rare. I shall make sure I point this out in any future writing – it doesn’t mean my experience is invalid, but it’s not applicable to all autistic people (heck, nothing is applicable to all autistic people, we’re all unique).

“You should say ‘Autism Spectrum Condition’ rather than ‘Autism spectrum disorder’”

The reason why I used the term ASD in my writing is because that is what it says on my diagnosis letter, but I completely understand this point. Disorder makes it sound like there’s something wrong with us. In future I will just say autism and dispense with the extra words!

“The term ‘person with autism’ is offensive, and ‘autistic person’ is preferable”

I am aware of the debate regarding these terms. The language regarding ASD is continually evolving; there is ongoing debate between proponents of identity-first language (autistic adults) or person-first language (adults with autism). Those in favour of identity-first language argue that, instead of treating autism like a disease, in the same way that would lead us to say ‘person with cancer’, it should be recognised as an integral and neutral part of someone’s identity.  On the other hand, person-first language prioritises the person over their condition, recognising autism as one of many things that make up their unique identity. I used both terms interchangeably in my dissertation to try and keep everyone happy (an impossible task). Here’s a good article on the debate.

I shall take this criticism on board and only use identity first language from now on.

“The term ‘high-functioning autism’ is offensive”

The last time I used that phrase was a blog post I wrote in 2017, so this person has really done their research. Again, I used the phrase because that is what it says on my diagnosis letter: high-functioning autism spectrum disorder. The reason why professionals use ‘high’ and ‘low’ functioning categories is to differentiate between those of us who can live mostly independently, and those who cannot.

The terms are now considered outdated because they are too black and white; perhaps someone functions very well in one aspect of life, but not another. Instead, support should be individualised and not based on abstract categories.

I wondered if I should go back and delete that post from 2017, but I decided not to. Yes, some of the language I used is now outdated, but I was a teenager who had just been diagnosed and I was sharing my honest thoughts. It is unrealistic to expect an adolescent who has just been diagnosed to use all of the correct, most up to date terminology – especially when my diagnosis letter used older terminology, and that is what I was working with. I might go back an add a disclaimer at the beginning of the post.

Language changes over time. It reminds me of how my theology has changed over time, too. I have not deleted articles I wrote when I was much more conservative, because it was part of my journey. Likewise, that article from 2017 was a step on my journey.

“You recommend the book “Top Tips for Asperger Students” which lists all the ways in autistic people should be exactly like non-autistic people in order to win friends. It also suggests risky behaviours eg knocking on strangers doors & inviting them to your room.”

Again, that is from the 2017 article, and I can barely remember the contents of that book now. I do remember that it was helpful for me. I understand that it may not be helpful for others.

As for the bit about knocking on doors – that was in the context of secure student accommodation during fresher’s week, when you are getting to know your flatmates (this is pre-corona). It is a way to get to know people. However, I agree inviting your flatmates to hang out in your room before you really know them isn’t ideal. Perhaps the kitchen would be better initially.

You could well be right, but citation needed. I got the 1 in 100 figure from this NHS paper. I agree that the real figure is likely much higher due to under-diagnosis.

One thought on “Responding to Constructive Criticism Regarding Autism”